(Some exposition here is copied from playoff previews for previous years)

I have cajoled my predictive model Edgar into a playoff prediction model. Curious readers will find lots of detail in that link, but the short version is that I consider shots generated and allowed, including their locations, shooting and goaltending results, special teams, penalties drawn and taken, rest, and home ice advantage. Injuries, suspensions, and likely roster compositions are taken into account.

For each matchup, I simulated each game ten thousand times, given injuries and coaches' past allotments of icetime, and computed a probability for the home-ice team using Edgar. Different teams benefit in different amounts from home-ice advantage because of their different strengths and weaknesses. 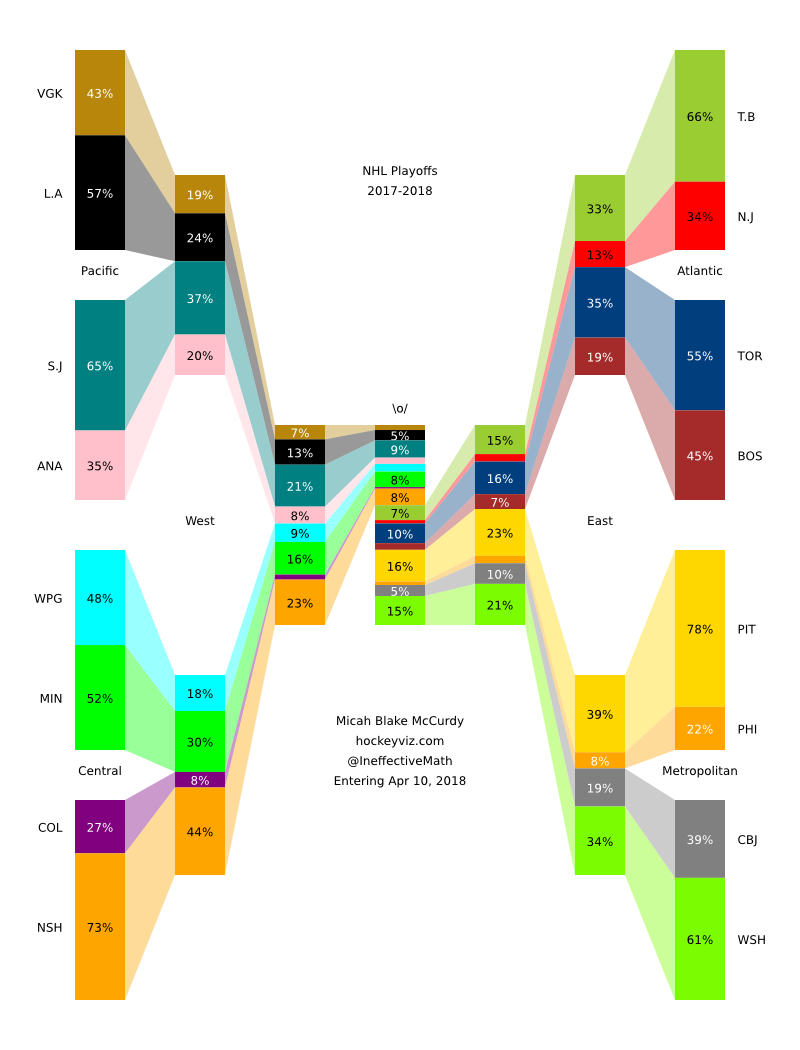 This bracket shows the probabilities for each team to win each round. Numbers smaller than 5% are not shown.

This is the same information in slightly different form, for those who want to see numerals for each team instead of just shapes. Rounding causes some of the series probabilities to not sum to 100%.