How to Read Spider Diagrams

"Spider Diagrams" are my name for showing the 5v5 on-ice results obtained by a player broken down according to their teammates. For example, here is the chart for David Legwand's 2014-2015 season with Ottawa. 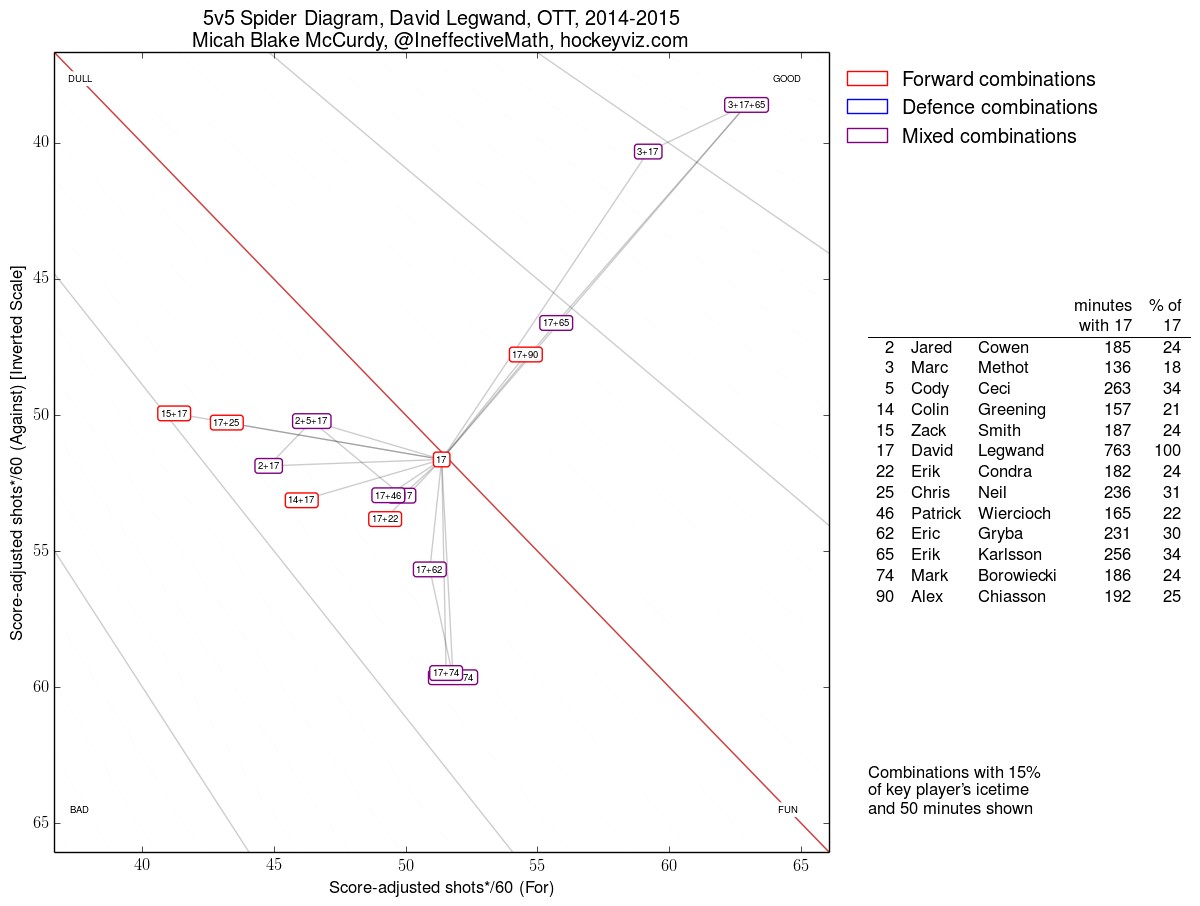 Legwand's overall results for 763 minutes of 5v5 time are shown in the centre of the diagram with his jersey number, 17. The x-axis scale is shots for Legwand's team (Ottawa), so more offence is further right. The y-axis scale is shots for Ottawa's opponent, inverted, so better defensive results (that is, fewer shots permitted) are higher up. Hence, the best results are in the top-right corner. His overall results are decidedly average, around 53 shots per sixty 5v5 minutes both for and against. However, as the chart shows, his results vary dramatically depending on his teammates.

Every combination of players that had at least 15% of Legwand's 763 minutes at 5v5 is shown. For individual players, the percentage of Legwand's ice-time spent with that player is shown in the legend. For instance, Legwand spent around a quarter of his time with Alex Chiasson, number 90. With Chiasson, Legwand generated the same number of shots for Ottawa but permitted around 10% fewer to their opponents. He played slightly less (18%) of his time with Marc Methot and had strikingly better results with him, generating 20% more shots and permitting 20% fewer against. Chris Neil (25) and Zack Smith (15) put a heavy dent in his shot generation but did not much affect shots given up.